We are excited to announce that Chuck Wheelock is hosting our May 29, 2013 kbtribechat with tips on getting published.  Join us on Twitter from two to three pm eastern time, adding the hashtag #kbtribechat to your tweets, to be a part of the discussion! 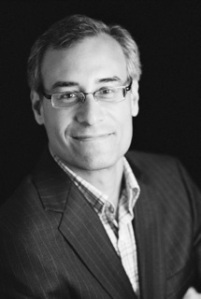 Chuck Wheelock has been in the Kitchen industry for over twenty-five years. Before working with Wheelock Maidique, Chuck held positions in design, project management and sales direction for WoodMode, Poggenpohl, Smallbone, Christopher Peacock and Johnny Grey Studios.

He began his liberal arts education at Dartmouth College, and holds a BA in Environmental Design from the University of Colorado Boulder. After graduation he gained architectural design experience in the US and Middle East including corporate, educational and residential projects with award-winning designs in Egypt and Jordan.

Chuck began his kitchen design career with cousin Norman Fay in Narragansett, RI, representing Wood-Mode and Poggenpohl. In 1989 he walked into the NY showroom of British company Smallbone, with drawings and no interview appointment. Hired as a designer, he became a sales-volume leader and opened the Greenwich showroom location. He was one of the founders of a new company Christopher Peacock Kitchens in 1992. The company earned national fame with framed construction and white hand-painted cabinetry.

He meet Johnny Grey in the Madison Avenue offices of Metropolitan Home magazine, and started US operations in 1998. Johnny introduced the pioneering idea of the Unfitted Kitchen, a more sociable design with freestanding furniture. Their work culminated in the cable network Showtime Show House kitchen, a modernist masterpiece inspired by the character ‘Dexter’. After a chance meeting at a mutual friend’s home project in 2006, Chuck started Wheelock Maidique LLC with architect Mark Maidique. Working at the proverbial dining room table and later a design office in a local bike shop, they opened a new showroom in the village of Old Greenwich, CT.